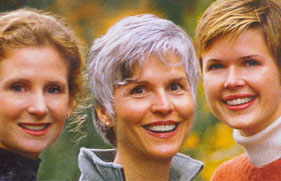 
from "What Your Doctor May Not Tell You About Menopause" by John Lee, MD page 244.

Early miscarriages, also known as spontaneous abortions, are becoming more frequent. It is estimated that 25 percent of all pregnancies will miscarry, half of them before the eighth week. If a woman suffers three or more miscarriages in succession, the problem is termed "habitual" abortion. Only 15 percent of them can be traced to a specific maternal organic disease. The chief cause of early loss of pregnancy is now thought to be luteal phase failure, in which the ovarian production of progesterone fails to increase sufficiently during the first several weeks after fertilization. Maintaining the secretory endometrium (uterine lining) and the development of the embryo are dependent upon adequate luteal-supplied progesterone. The failure of progesterone production during this crucial time of pregnancy mirrors the rising incidence of progesterone deficiency occurring during the ten or more years before menopause. While there may be a number of factors involved (such as stress or nutritional deficiencies), one such culprit may be exposure (even embryogenic) to xenoestrogens.

When a woman has experienced several early miscarriages and the luteal phase failure is suspected, I have usually recommended progesterone supplementation (in addition to nutritional support) starting after ovulation (day 14 or so) and continued on (when pregnancy is confirmed by pregnancy blood tests) for two months. After two months plcacenta-derived progesterone becomes dominant. Reducing the supplemental progesterone during the third month should be gradual so as to avoid any abrupt drop in progesterone levels. I have had success with this approach, and I see no harm in trying it. Your doctor can easily montior your progesterone levels with saliva hormone assays.